Climate change leadership: We know what needs to happen, but do we know how to do it? 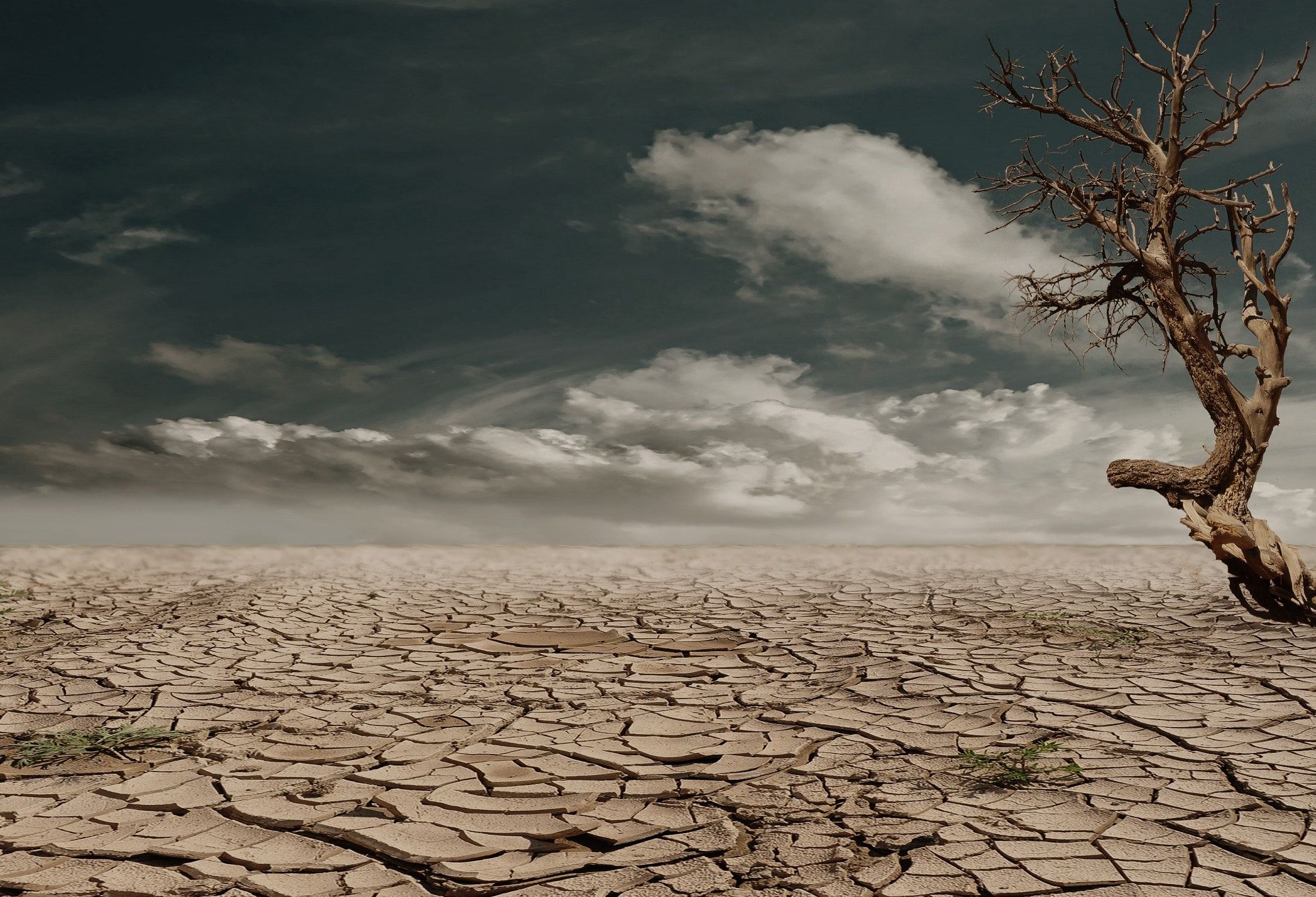 Climate change topics like sustainability, green economy and responsible leadership are no longer aspirational goals for corporates, they are mandatory requirements to ensure that we, as a species, have a habitat on this planet in the future, and, in the short term, that businesses can survive!

However, there is trouble afoot…

Despite all the rhetoric about achieving ‘net zero’, many big businesses have not yet set targets for reducing greenhouse gas emissions, while others have weak goals. Even those who have set goals, with good intentions to achieve these aspirations, they struggle with how to implement the necessary changes, and how to measure the impact!

We are now in a situation of increased awareness and good intentions, without having a clear, strategic roadmap, or the leadership competencies for implementation.

Keynote speaker, on climate change leadership, Sharon Jackson says, “From my experience of consulting in globally diverse organisations, tutoring Senior Leader Apprenticeships and Postgraduate business students, it is glaringly obvious that so many organisations are struggling to engage people across their operations to embed their published sustainability intentions in all business activities, and not merely as a ‘bolt on’ CSR activity.

This starts with leaders and managers making sense of the climate crisis in a way that is relatable in their own worldview of reality. Without this clarity of understanding it is unlikely that they will have the authentic congruence to engage employees at a meaningful level to drive change.”

In the US, according to the New York Times ‘Household names like Costco and Netflix have not provided emissions reduction targets despite saying they want to reduce their impact on climate change. Others, like agricultural giant Cargill and the clothing company, Levi Strauss, have made commitments but have struggled to cut emissions.

‘Technology companies like Google and Microsoft, which run power-hungry data centers, have slashed emissions, but even they are finding that the technology often doesn’t yet exist to carry out their ‘moonshot’ objectives’.

The New York Times goes on to say, ‘You can look at a company’s website and see their sustainability report and it will look great, but then when you look at what is behind it, you’ll see there is not a lot of substance behind those commitments or the commitments are not comprehensive enough.”

In the UK, insurance Company Aviva’s, second Risk Insights Report, published in 2021 reveals that ‘Climate change is still struggling to make it on to firms’ list of priorities. In a survey of 1,251 UK business leaders about the key risks they faced, climate change failed to make the top 10 for the second year running.

In fact, Climate change, including natural catastrophes and extreme weather, ranked 14th on the list, with only 8% of businesses saying that it was a top risk to their business. When it comes to awareness about environmental, social and governance (ESG) matters, 40% of business leaders admitted to knowing hardly anything or nothing at all, and just a third, (34%), said they were reasonably or well informed’.

Sharon Jackson says, “There is hope for ESG as, according to ’The Economist’, it is estimated that fund managers and pension funds will divert $50trn of funds to ESG stocks by 2025 as investors consciously avoid fossil fuel and other environmentally damaging businesses’. This is a risk avoidance tactic for some and a genuine intention to divert investment to new green technologies by others. As encouraging as this seems, private equity has invested $60bn of fossil-fuel assets in the past two years alone. It will be the organisations with ’authentic’ leaders with the necessary competencies to engage people at all levels of their organisation, for driving change, that will survive.”

The issue with climate change in boardrooms

A Workplace Insight report claims ‘Climate change is a spoken priority but not yet something that can be measured or something we can hold ourselves accountable for. The reality is, many boards do not know what they do not know about climate change, which means that they are not always able to take appropriate action.

Clearly, change needs to happen quickly, but with little guidance, organisations are confused and frustrated. They struggle to incorporate policies into their existing culture and struggle to match words with deeds.

Action is required because climate change will bring about flooding to the doorsteps of families, businesses and local authorities. Aviva report that: ‘Almost 1/3 of UK commercial properties are at risk of flooding and heatwaves.’

It’s predicted that weather will become more extreme in both winter and summer and predicted heavy rainfall will mean disruption in the movement of goods. According to the Met Office 2019 report:

There will also be water restrictions with scarcity in up to 50% of places around the UK. The UN Report detailed in The Guardian claims that water shortages will affect 5bn people by 2050.

Globally populations may be forced to migrate to environments where water and food is more readily available, causing overpopulation in those areas and a greater threat of violence and wars as people try to claim precious resources.

Aviva says, in the past year, we’ve seen wildfires in the US, floods in China and Europe and harsh droughts in South America disrupting international food supplies.

The WorldWildlife.org says, Sea levels are rising and oceans are becoming warmer. Longer, more intense droughts threaten crops, wildlife and freshwater supplies. From polar bears in the Arctic to marine turtles off the coast of Africa, our planet’s diversity of life is at risk from the changing climate.

Can we rely on governments to help us achieve climate change objectives?

COP 26 was the 26th time governments have been got together to discuss climate. COP was first tabled in 1992, entering into force in 1994 with 196 countries ratifying it. The first COP took place in Berlin in 1995.

They have struggled to reach climate change agreements or keep to commitments and cannot be relied upon to reach required goals. In fact, when it comes to net-zero carbon emissions (which need to fall by 45% by 2050), only 8 countries in the world have enacted laws.

As the New York Times article shows above, some large corporations are not yet fully onboard and not doing all they can. While others admit they don’t know how to measure their impact.

In the UK, SMEs account for more than 99% of UK enterprises and are vital to the wellbeing of local communities. However, Aviva research found that only a fifth (22%) of SME leaders report knowing a great deal or fair amount about ESG issues, compared to 50% of corporates.

The call for climate change leadership

Investment company Schroders, defines a climate leader as, ‘A company with ambitious plans to decarbonise’. We feel a leader does more than plan. A leader is defined by their actions.

As so few companies know what to do, and with time running out, there is need for REAL climate change leadership – people who know what needs to be done, who can:
1.Help those trying to take action do it well
2.Enable those willing to take immediate action to take immediate action
3.Continue to build awareness with those who are still not convinced or ignoring the issue – especially in boardrooms where tougher conversations need to be had about where a real threat of extinction sits on the list of priorities.

Sharon Jackson adds: “Business leaders and managers of climate change conscious organisations must step-up to the challenge by filling the gap in their own knowledge and by learning the new skills and behaviours for converting their organisation’s espoused intensions to fight climate change, into strategically embedded business activities. This authentic action can be their strongest marketing campaign and will attract more customers than any glossy, meaningless, increasingly untrustworthy, sustainability report.

“For larger businesses, ESG reporting has become mandatory, with greater standardisation, such as the EU Taxonomy, which has enabled higher levels of auditing to eradicate ‘Greenwash’ and reduce risks for investors. However, in reality, this has increased the levels of Greenwash as companies try to entice more climate concerned customers.

“The European Commission now publishes their annual findings from ‘scanning’ websites and public documents of organisations making ‘Green’ or ‘Sustainability’ claims. Last year, in 42% of cases the claims were exaggerated, false or deceptive. This is a direct result of poor leadership.

“It’s time to stop talking about a transition towards a Green Economy and get on with DOING IT!”

Sharon Jackson is a climate change leader, represented by Stellar speakers, a unique speaker agency representing change-making keynote speakers. At Stellar Speakers we provide expertise to help you manage your budgetary expectations and provide realistic options. We provide a preferred partner’s service base, so that partner clients get everything they need, lowering the risk to a booker, enabling them to choose their next speaker with confidence. 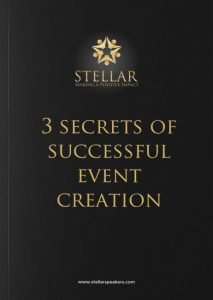 IF YOUR NEXT CONFERENCE IS ON THE HORIZON…

If your next conference is around the corner it’s time to book a consultation with Stellar Speakers.

Let us help you find the right keynote speaker to deliver timely messages, fresh themes and introduce the latest methodology and thinking.

Because our speakers are thought-leaders, industry expert and change-agents we help bring out the best in your organisation. Our passion is developing your people. 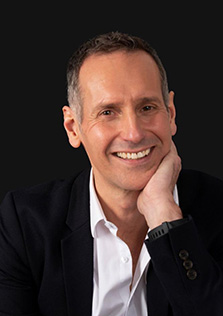 Book In With Neil