One of the most successful British swimmers of all time, Mark Foster holds the British records for 50m freestyle & butterfly as well as 6 World Championship titles, 2 Commonwealth titles and 10 European titles. 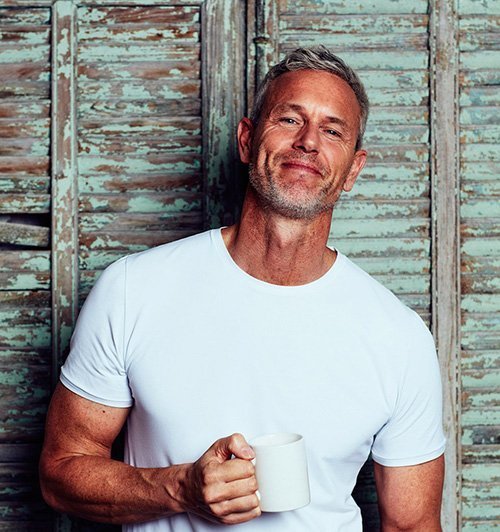 Mark won 47 international freestyle and butterfly titles including six world titles and eleven European. He also set eight world records and competed at five Olympics before honing his punditry skills for the BBC and taking to the Strictly dancefloor. As well as lessons in preparation and focus, he has more recently opened up about his sexuality and how his reluctance to be open about being gay with colleagues and coaches may have impacted on his professional performance and general wellbeing.

One of the UK’s most successful swimmers, Mark Foster is a six time world champion, eleven time European champion and set eight world records, including holding the 50m record in both freestyle and butterfly at the same time.

Mark’s career started as a teenager instructed by his mother and he became the faster swimmer in the UK by the age of 15 when he was first selected for the British team. Five years later he claimed his first international individual medal, bronze in the Commonwealth games and started to claim world records over the following years.

Despite his success in European and World competitions, Olympic success eluded Mark. Following disagreement with the team management, Mark was not selected for the 2004 Games and he retired from competition two years later. He returned from retirement a year later, however, stating he still wanted an Olympic medal. He claimed silver in the world championships, and qualified for the Olympic team, his fifth appearance at the Games. He was the flag-bearer for the team at the opening ceremony of the Athens Games, but success in the pool didn’t follow as he narrowly failed to qualify for the 50m freestyle semi-finals.

Since retiring for the second time, Mark has become a regular on television both pool-side and away from sport. He has competed in Who Wants to be a Millionaire, The Weakest Link, and Strictly Come Dancing. Mark’s pundit role during the London 2012 Games provided an award-winning partnership with Clare Balding, and he continues to play a key role in the BBC’s Olympics, Commonwealth and World Championships coverage team.

As well as inspiring teams and individuals with his experiences from elite sport, Mark has also reflected on the role his personal life has played in his professional performance. Despite the dedication, sacrifice and achievement in the pool, it was only recently that he openly spoke about his sexuality and considered how his reluctance to be open about being gay may have impacted on his professional performance and general wellbeing.

He was most definitely lovely and very charming to meet and towards all our Macmillan professionals. He absolutely nailed his ‘personal’ opening of the awards ceremony, however, unfortunately we felt that his delivery of the auto cue was not as enthusiastic as we had hoped. Mark was brilliant though, and he mingled with the delegates and was happy to have his photo taken with everyone after the ceremony.
Macmillan

Relaxed and professional, Mark helped to make the event a great success. One of our best awards ceremonies to date!
The Energy Institute

Mark was great – everyone agreed that it was the best and buzziest NSBA ever.
Northern Star Business Awards

The feedback has been excellent! Mark gave a very insightful and entertaining speech which was very well received and also spent time answering questions from the floor. He was happy to sign items and pose for photographs with guests which was great and much appreciated!
ACCA Cymru Wales

Great speaker – funny, insightful, not afraid to laugh at himself and generally a very engaging presenter and presentation.
SagePay 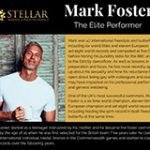 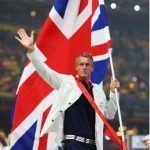 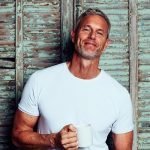