Richard Barrett writes about leadership, leadership development, values, consciousness as well as cultural evolution in business and society. He is responsible for developing the theory of the Universal Stages of Evolution, the concepts of personal and cultural entropy, and creating assessment instruments to map the values of individuals, organisations, communities and, nations to the Seven Levels of Consciousness Model.

Richard Barrett is an author, speaker and an internationally recognised thought leader in the evolution of values, culture and leadership in business and society.

Over the past twenty years, Richard has been called upon to support the leaders of major national and multinational organisations in Australia, South Africa, Canada, UK, USA and Sweden. The focus of this work has been on helping the leaders of these organisations to improve the performance of their organisations by building values-driven cultures.

Richard is a wonderful collaborator who brings his deep knowledge to the table while always listening to what the client needs. The CTT tools have been an invaluable component in my ability to offer values-based ethics capabilities to my client organizations.
David Gebler, Lockheed Martin

Richard Barrett deserves his reputation as the leading expert on how values drive business success. His understanding of the interaction of the stages of psychological development with levels of human motivation is masterly.
Christopher Hodges, University of Oxford

I am immensely grateful to Richard Barrett and to his organization for my continued success, for changing my own philosophy of business and the way I approach change.
John McFarlane, Barclays Bank

Richard Barrett is one of the most profound integrative thinkers of our day.
Ruth N. Steinholtz, AretéWork LLP 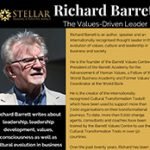 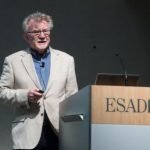